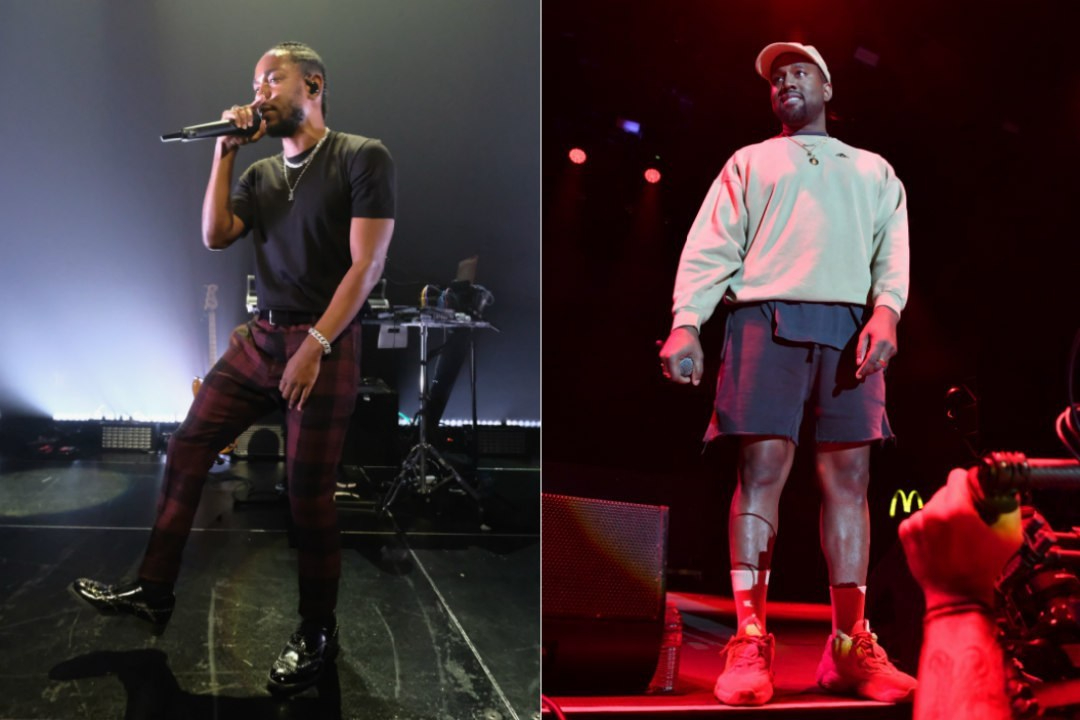 Out of nowhere, a new version of the Kanye West track “Father Stretch My Hands Pt. 1″ hit the internet yesterday (March 23), and this one features Kendrick Lamar.

While the two rappers teamed up on the Life of Pablo track “No More Parties in L.A.,” it appears Compton Kenny also contributed vocals to “Father…,” which features Kid Cudi on the original version. The beat for the Kendrick contribution starts off like the OG instrumental, but gets chopped and broken down on the TDE rapper’s verse.

It appears Kanye is hard at work on his upcoming album. In recent weeks, he’s been spotted in his happy place in Wyoming with a slew of frequent collaborators. Travis Scott, The-Dream, King Louie, producer Pi’erre Bourne, Gunna, Tony Williams, A$AP Bari, Kid Cudi and Nas have all been photographed in the area. Most recently, Drake and his crew were spotted at the resort where West is staying, and the two are reportedly cooking up as well.

Listen to the recently-surfaced Kendrick Lamar verse on Kanye West’s “Father Stretch My Hands Pt. 1″ below.

HIT OR MISS SUNDAYS, TUNE IN!

#BlackoutTuesday Standing in solidarity!
If you have profited off of our Cukture in ANY shape form or fashion, YOU should be outraged. YOU shouldn't be silent. Silence speaks louder than you think.
Exactly what we needed right now!!! #Verzuz #VerzuzTV
BLACKOUT DAY JULY 7, 2020. This is a call to action!! We need one day of solidarity in America when not one black person in America spends a dollar. This includes Africans, Native Americans, Asian-Americans, Hispanics...ALL people of color. Together we have 3.9 trillion dollars in economic spending power. That’s $10,684,931,506.80 it’s going to cost per day next time a person of color gets shot!!! We will call it #BLACKOUTDAY2020 July 7th, 2020 please spread the message, and let’s show REAL action that they fear!!!! PLEASE understand that this first goal of organizing a #BLACKOUTDAY on July 7th, 2020 is only the beginning of a lifelong pursuit of economic empowerment as a reality for ALL BLACK PEOPLE. United, we are an unstoppable force. We are a nation of people within this nation that at any time can demand our liberation by withholding our dollars. If we can do it for a day, we can do it for a week, a month, a quarter, a year...and one day we will look up and it will be a way of life. #CallToAction #SpreadTheWord #BlackPower #BlackWealth #BlackDollar #BlackUnity SHARE SHARE SHARE PLEASE